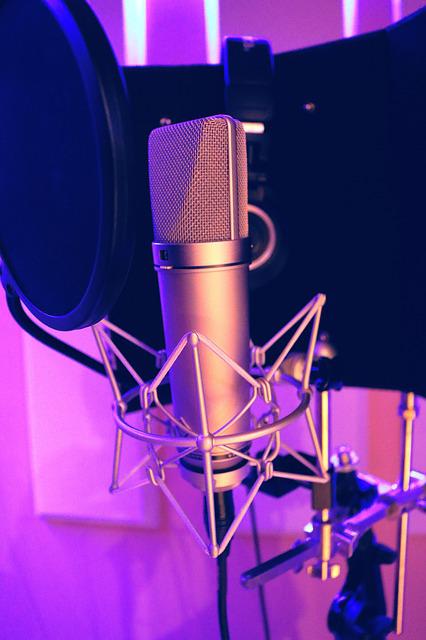 The Western Michigan Broncos will find out how well they have recruited over the past couple of seasons going into the 2022 campaign, as they suffer losses at most every offensive skill position. The offseason didn’t even give Tim Lester and his crew the courtesy of a break, as one receiver announced he was transferring before the Broncos even partook in the Quick Lane Bowl.

After the 8-5 season came to a close, quarterback Kaleb Eleby and receiver Skyy Moore both declared for the NFL Draft, with Moore was drafted in the second round by the Kansas City Chiefs and Eleby accepting an invitation to the Seattle Seahawks rookie camp.

The losses hardly stopped there. The skill positions have new names everywhere except running back, which means we’ll be getting to know a lot of this roster well into the season.

Kaleb Eleby was pressed into the starting role when Jon Wassink went down with an injury in 2018. Eleby played the last five games as a true freshman and showed a glimpse of what he could do as the Western Michigan quarterback. He started every game of the 2020 and 2021 seasons and established himself as a top MAC quarterback.

He leaves a hole in the heart of the offense that WMU needs to fill quickly. The backups from 2021 were Jack Salopek and Mareyohn Hrabowski. Hrabowski saw the field more, but almost always as a runner. He appeared in four games and carried the ball 21 times for 121 yards while attempting one pass.

Eleby left the game for a series against the Pitt Panthers last season and when a backup was needed with the game in doubt, the keys to the offense were given to Salopek. According to Coach Lester, the starting job had been won by Salopek by the spring game.

Salopek will play this season as a redshirt freshman and be thrown into the fire. The Broncos have a conference game in week two against Ball State and an opener at Michigan State. Western Michigan was 1-4 against the MAC West in 2021 and doesn’t want to repeat that effort.

There is a battle for the backup spot between Hrabowski and a transfer from Alabama, Stone Hollenbach. Hollenbach chose to walk on at Alabama over FCS offers out high school in Pennsylvania. He never saw the field in Tuscaloosa and finds himself in a battle for limited playing time, at least initially, in Kalamazoo.

The WMU offense is built off of the running game and did an amazing job in avoiding passing downs. The Broncos need to repeat that performance to keep the pressure off of a new passing attack.

Sean Tyler and La’Darius Jefferson return to lead the Bronco’s rushing attack after a very productive 2022 campaign. Jaxson Kincaide was the third back in the rotation and he departs after two seasons in Kalamazoo.

The Broncos are a run-first offense and altogether the trio rushed for 2,348 yards and 23 touchdowns. The passing game has major questions about its effectiveness so the experience returning will be leaned on heavily.

In 2021, Tyler and Jefferson basically split the carries. Tyler got 178 carries and Jefferson ran the ball 185 times. Tyler is the lightning back and can hit the home run with more regularity. In seven fewer carries, he ran for 314 more yards and caught nine more passes.

Jefferson is thunder, he’s five inches taller and fifty pounds heavier. His workload is short yardage and goalline work and he has 10 touchdowns to show for during 2021.

The third back, or the first in after an injury, is not set in stone. Sophomore Zahir Abdus-Salaam got 20 carries last season and redshirt senior Trae Allen had four. Freshman Jamal Hailey from Berrien Springs may be in the mix after rushing for more than 2,000 yards as a senior in high school. After Tyler and Jefferson, there is an open competition and the Broncos have used three running backs historically.

The running backs and the running game, in general, have a tough task in 2022. With a new quarterback and almost 100% turnover at the wide receiver position, every opponent will know the Broncos are going to lean on the ground game. Until the passing game can show itself to be a consistent threat the running backs will probably see stacked boxes.

New offensive coordinator Jeff Thorne needs to show he can design the offense to get the most out of a running game that opponents know is coming.

Corey Crooms is the only non-running back that caught a pass in 2021 who returns to the roster for the Broncos in 2022. Thankfully, Crooms is an exciting receiver that the Broncos feel they can build around, as he caught 44 passes for 768 yards and scored six touchdowns.

Crooms dominated the game in Pittsburgh last season, with 161 yards on eight catches, including a 54-yard touchdown catch and run.

Now you see him, now you don’t!

Corey Crooms evades the Pitt defense with a lovely spin move and houses a 54-yard receiving touchdown to put WMU back up 34-27! pic.twitter.com/Vlj3fiUHkk

He’s clearly the top target for Salopek this year.

The supporting cast is wide open coming into fall camp. Two receivers come in via the transfer portal from the Power Five level, and the rest of the depth chart is filled with youth. In the 2022 class, three are incoming wide receivers, and there are seven redshirt freshmen on the roster.

Jehlani Galloway is a redshirt senior coming from Boston College. His stats are not eye-popping, but he may just need a chance. He appeared in all 11 games in 2020 and had 15 catches. Zay Flowers passed over him on the depth chart in 2021 and now he’s in Kalamazoo competing for real playing time.

Wisconsin transfer AJ Abbott is in a very similar situation. He played in only three games for the Badgers last season and comes to Kalamazoo looking for an opportunity. His only catch in the 2021 season came against Eastern Michigan early in the fourth quarter of a 27-0 game.

Kaevion Mack is the highest-rated player of the underclassmen and he’s had the most time with the coaches. On paper, he seems like a front-runner for playing time, but recruiting rankings don’t mean anything during practice or games.

Anthony Sambucci played in ten games as a tight end last season, but wasn’t a factor in the receiving game, with no receptions. Anthony Torres and Brett Borske were the pass-catching tight ends and both have moved on. Borske graduated and Torres transferred to Toledo.

Austin Hence is a graduate transfer from D-II Mercyhurst that could take over the pass-catching responsibilities for the tight end spot. He was productive at Mercyhurst, with 818 yards and four touchdowns in three seasons, and has the size to play FBS football at six-foot-four, 225 lbs.

The receivers need some players to step up and be a threat so Crooms doesn’t get double covered all season. The competition is wide open and the coaches might have their hands full getting the best players on the field. 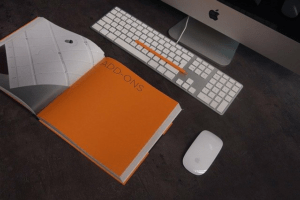 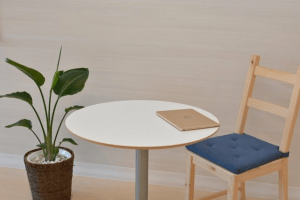 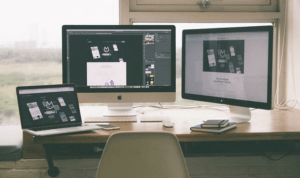 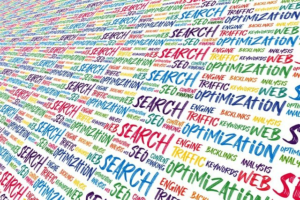 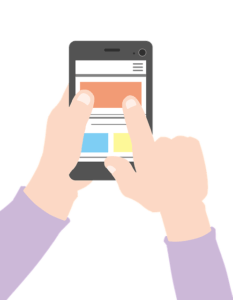 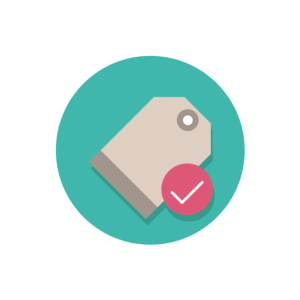